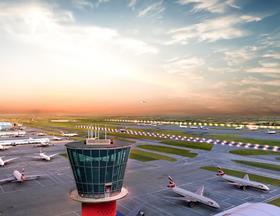 Friends of the Earth has launched High Court legal action against the expansion of Heathrow airport.

Lawyer Leigh Day, who is acting on behalf of Friends of the Earth (FoE), filed papers with the High Court asking for the Airports National Policy Statement (NPS) – which was published by the government in June and gave the go-ahead for a third runway at the Heathrow – to be quashed.

In the papers filed at the High Court on Monday, FoE argued the government’s Airports NPS was unlawful as it breaches the UK’s climate change policy and its sustainable development duties.

FoE claims the Airports NPS does not explain how the plan takes account of domestic targets for greenhouse gas emission reduction under the Climate Change Act 2008 and does not factor in the Paris Agreement, which aims to limit global warming to well below 2°C and to pursue efforts to limit it to 1.5°C.

The group also claims the NPS fails to factor in the non-CO2 climate impacts of a third runway, such as the emission of nitrogen oxides and does not lawfully or fully consider the likely impact on future generations of a third runway.

FoE’s director of campaigns Liz Hutchins said: “The government’s airports strategy completely ignores its obligations to tackle climate change - this is short-sighted, incredibly reckless and we believe it is unlawful.

“Allowing the aviation industry to pump more pollution into the atmosphere will make it far harder to prevent catastrophic climate change – and leaves future generations to suffer the consequences.”

Rowan Smith from the public law team at Leigh Day said: “Our client believes that the expansion of Heathrow airport will jeopardise the UK’s ability to make the very deep reductions in greenhouse gases that will be necessary to prevent global warming from causing catastrophic, irreversible impacts for the environment and future generations.

“In no sensible terms can this be described as sustainable development, when the additional costs of carbon-offsetting and the global warming potential of non-CO2 emissions from aviation do not feature in the government’s plans.

“The government has a legal duty to take into account climate change policy and the Paris Agreement it has committed to with the global community, the Airports National Policy Statement does not adequately consider those factors and we therefore will argue that it is unlawful.”

A decision by the High Court on whether there will be a full hearing about these issues is expected to be made in the autumn.

The plan is also set to face fierce opposition from London mayor Sadiq Khan and a coalition of four councils – Hillingdon, Richmond, Wandsworth and Windsor and Maidenhead – whose residents will be under the expanded airport’s flight path. Hammersmith and Fulham council has also indicated it will join the battle.

The legal challenges are likely to delay timeline set out by transport secretary Chris  Grayling in June which said building work on the £14bn project could start as early as 2021 and have the runway operational by 2026.

The move by FoE comes a fortnight after the environmental group said it is considering launching a legal challenge against the government over the recently published National Planning Policy Framework.

FoE took issue with the NPPF’s approach to the environment and sustainable energy and claims ministers failed to carry out a strategic environmental assessment.