Heathrow to draw up logistics hubs shortlist next spring

Competing sites have eight weeks to send in PQQs 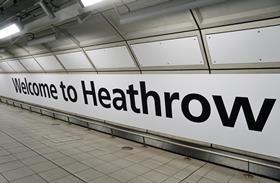 Heathrow Airport has given dozens of sites hoping to become one of the four offsite logistic hubs just over eight weeks to come up with reasons why they should be chosen.

In all, 65 sites are competing for the work to help build the west London airport’s third runway with the contenders due to send in their PQQs by 18 January.

The airport said a shortlist would be drawn up next spring and added: “Each of the 65 sites offer their own unique elements to the project, from their location, transport links, local skills and supply chain, size, regional expertise and business plans. These are just some of the considerations Heathrow’s expansion team will make when deciding which sites will make the final four.”

It added that 50 of the sites are existing already as logistics centre while a further 15 are underdeveloped, allowing for them to be built for purpose to Heathrow’s requirements.

The hubs will work by pre-assembling components offsite before transporting them in to Heathrow just as they are needed.

The airport is hoping that the hubs will cut the amount of freight traffic going to and from the site with costs cut by as much as a quarter with construction speeded up by as much as 30%.