Heritage contractor DBR has been appointed to carry out a major restoration job on the grade II*-listed Crystal Palace subway in south London.

A panel consisting of members of Bromley council, Historic England and local campaigners have picked the firm to rebuild existing walls and construct a new glass and steel roof over the Victorian landmark.

Built in 1865, the subway originally led directly to the entrance of the Crystal Palace building rebuilt on Sydenham Hill – in what is now called Crystal Palace Park – following the Great Exhibition of 1851. 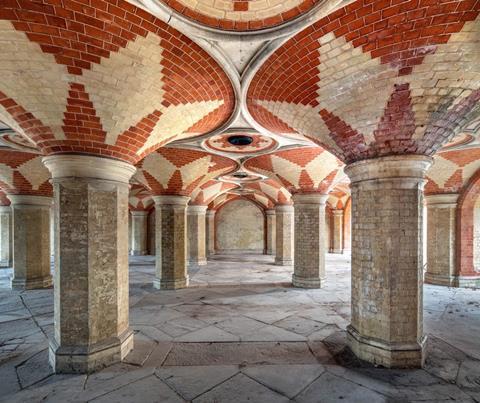 The subway originally led directly to the entrance of the Crystal Palace, which was rebuilt in the park following the 1851 Great Exhibition

Designed by Royal Opera House architect Edward Barry, it consists of a forest of columns supporting an Italianate mosaiced roof.

It is one of the last remaining structures built for the Crystal Palace, which burned down in 1936.

The £3.2m restoration scheme, which has been designed by conservation architects Thomas Ford & Partners, is intended to see the subway removed from Historic England’s Heritage at Risk register.

Historic England partnerships team leader Simon Buteux said: “It is incredibly important that this structure of such local and historic importance is preserved.”

He added that the works had been carefully considered to ensure the essence of the Subway is maintained while allowing the venue to be used by the local community.

He said: “It is amazing to think that this elegant subway helped visitors to the great Crystal Palace stay dry all those years ago and remains a breathtaking structure that we are now pleased to bring back to life to enable more people to enjoy for many years to come.”

The appointment of DBR, which is based in Westminster, follows successful grant allocations of £2.34m from the City of London Strategic Investment Pot and an additional £639,000 from Historic England.

Contributions will also be donated by members of campaign group the Friends of Crystal Palace Subway.