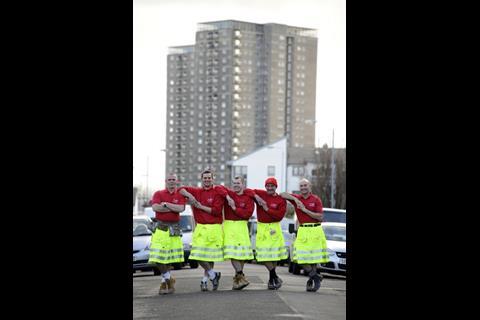 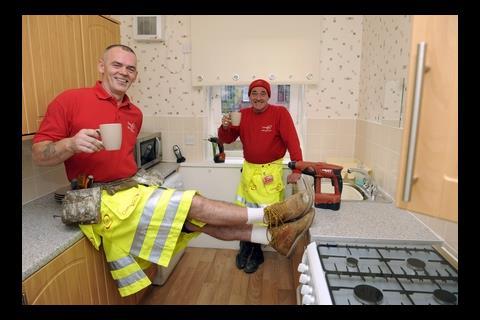 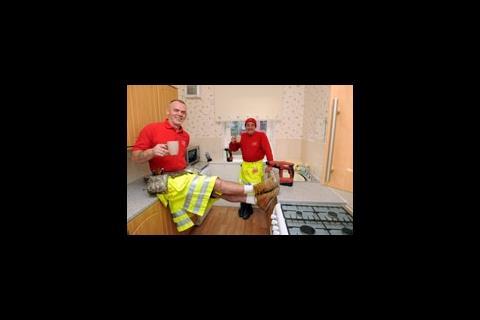 Fluorescent kilts replaced safety vests in a colourful twist on health and safety by workers from Connaught Scottish.

The men sported the traditional knee-length garments but with distinctive reflective strips throughout the day, while refurbishment works were carried out as part of Glasgow Housing Association (GHA)'s capital investment programme on tenants' homes.

He said: “Scots and Scots descendants all over the world celebrate their Scottish roots by wearing the national dress on St Andrew's Day.

“The Connaught team was keen to show its support for the patron saint by wearing kilts, but had to ensure everyone was still kept safe.”

Morrison added: “By introducing the high-visibility kilts we were able to display our patriotism and humorous side whilst still ensuring our workmen were safe and easily identifiable to GHA customers as work was carried out improving their homes.”

The kilts in use

Kilts in the kitchen