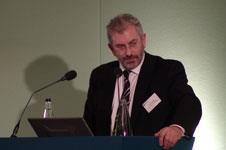 New super-agency headed by Bob Kerslake has a budget of £17.4bn over next three years

The body takes charge of the government’s drive to build three million homes by 2020, as well as responsibility for the housing growth areas, the Thames Gateway, regeneration, and housing market renewal programmes.

At the same time the government’s new social housing regulator, called the Tenants Services Authority and responsible for ensuring the financial viability of developing housing associations, also opened its doors. The two bodies will replace the Housing Corporation and English Partnerships, with the HCA also taking on a number of central government functions. The HCA will have a budget of £17.4bn over the next three years.

Richard McCarthy, director general of homes and communities at the communities department, said; “When the history of the housing sector is written today will be seen as a real milestone in responding to the real challenges we face. Today is an extraordinary day.”

Sir Bob Kerslake, chief executive of the HCA, outlined the four key priorities of his new agency, which joins up the traditional Housing Corporation role of grant-funding new social housebuilding, with English Partnerships work on mixed-use regeneration. These were ensuring continued delivery in transition from the previous agencies, integrating the funding streams of the different bodies, making sure councils have a single point of contact for pushing forward development, and tackling the impacts of the credit crunch.

Kerslake said he had written to the key representative bodies laying out possibilities for further policy options to tackle the steep decline in housebuilding. He said these included encouraging councils to build houses, helping social landlords damaged by exposure to unsold shared ownership properties, and working with private developers to see how to unlock stalled schemes.

He said: “We’re going to work with the builders to see if we can take equity stakes in private developments, or possibly buy development land from them, in a bid to get the market moving.”

He added the agency was also exploring options to bring in more private and institutional finance into the development industry.