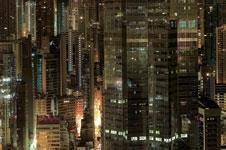 Architects in Hong Kong are reportedly being forced to cut staff as the economic downturn continues to affect every corner of the globe.

A report in the Financial Times claims that Woods Bagot and Aedas are among firms being forced to make staff redundant in the Chinese administrative region.

Aedas, the largest architectural firm in Hong Kong, has cut staff numbers from 820 down to 750. Woods Bagot has reduced its headcount in the city from 100 to 88.

The collapse of the worldwide economy means that many projects in China and Asia are being scaled back or cancelled altogether. Las Vegas Sands, the US developer that was building a casino resort in Macau, had to cancel the project after running low on cash. Aedas was the architect of the resort.

David Roberts, chief executive of Aedas, told the FT: "We've had to tell some people who were just preparing to move here not to turn up. This is a profession that acts as a barometer. We're the first ones to grow, but also the first ones to lose out when things go bad."

British firms with work in international countries including Chapman Taylor, Grimshaw and Kohn Pedersen Fox have been reducing their headcount in the UK.