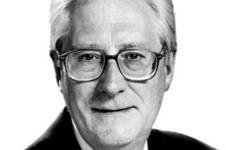 Builders’ groups attack plan to bring all workers under PAYE, despite support elsewhere

Housebuilders have stepped up their campaign against government plans to clamp down on bogus self-employment by changing its tax rules.

The Home Builders Federation (HBF) and the National Federation of Builders (NFB) have responded to a consultation by HM Revenue and Customs attacking proposals to tax all construction work on a PAYE basis. The proposals would require contractors and housebuilders to make national insurance contributions for all individual subcontractors. Tax experts suggest this could inflate labour costs 13%.

Housebuilders are understood to be concerned because they would have to swallow costs rather than pass them on to buyers, whereas contractors could pass them up or down the supply chain.

Roger Humber, housing policy adviser for the NFB, said: “The costs will have to come out of our margins. This would be just another obstacle blocking housebuilders from getting started again.”

Despite housebuilders’ opposition, Building understands responses to the consultation will broadly support the proposals.

Bodies in support include the Scaffolders’ Association. Robin James, managing director of the association, said: “We’ve long had concerns about agencies encouraging bogus self-employment. We also feel if our members employ workers directly they will ensure tax is paid properly and they’re more likely to train them.”

A source close to the consultation said support was growing for the plans, adding: “It will be hard to derail this now.”

The consultation document can be downloaded at www.hm-treasury.gov.uk