Housebuilder of the year 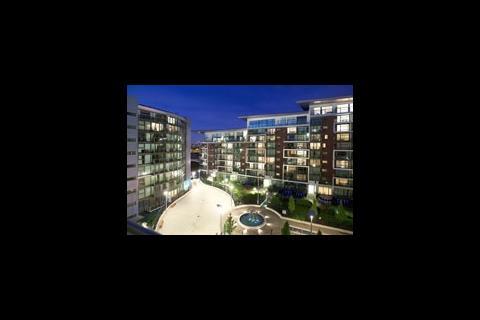 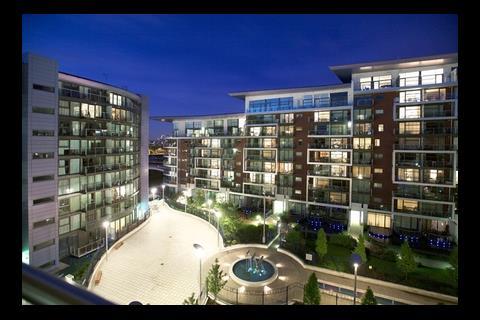 Well, the strong favourite won this award this year: Berkeley Group – the only volume housebuilder to come through the recession almost unscathed …

In the toughest year for decades for housebuilders, Berkeley Group stood out as the only volume housebuilder that did not have to get bailed out by lenders. The full story is even more impressive: it is the only UK housebuilder with zero debt, it turned over £702m in the year to April 2009 and posted a pre-tax profit of £120m. Such is Berkeley’s reputation for sound financial management and grasping the prevailing economic conditions, that in the depths of the downturn all eyes turned to chairman Tony Pidgley to detect the first signs of the bottom of the market. So, for Berkeley, 2009 was a year of business as usual. And business as usual for Berkeley means a variety of things: developing exciting modern architecture, such as the glass-fronted apartments at Imperial Wharf near Chelsea; carrying out complex conversions, such as the 19th-century, grade II-listed Sugar House on the eastern edge of the City; and undertaking a prominent role in some of the most important urban regeneration schemes in the UK, such as the £1bn Kidbrooke redevelopment in south-east London. Needless to say, the company is also well placed for when the upturn eventually comes – its landbank of more than 30,000 plots equates to more than £2bn in future gross margin. No wonder, as the judges noted, “if you visited their sites you wouldn’t even notice there was a recession”.

Despite enduring all that the downturn could throw at it, Barratt managed to come through 2009 with its reputation enhanced. Its sustainability credentials are being demonstrated at Hanham Hall near Bristol, where it is building the UK’s first large-scale development to level six of the Code for Sustainable Homes; it was responsible for 30% of completions in the government’s HomeBuy Direct initiative up to October last year; and it has more than maintained its standards of customer service, as shown in its 4* rating from the HBF. It is also looking well placed for the recovery, with building under way on 400 developments across the UK.

Bellway’s financial management during the recession must be the envy of the Treasury. It started 2009 with £218m of debt but managed to reduce this by £181m, while bringing in £368m of forward orders. Last autumn, it increased its weekly sales by 51% on the same period the previous year, and spent £64m on land acquisitions, giving every impression of a company preparing for a sustained period of rude health. Considering that its financial strategy has resulted in it becoming the only UK housebuilder currently paying a dividend to its shareholders, it would be hard to argue with that prognosis.

Crest Nicholson has always placed design at the heart of the housebuilding process, as shown by the fact that it has more Cabe gold standards than any other developer, so in that sense 2009 was just more of the same. One Brighton, its standout development of the past year, has created a fashionable icon for the design-conscious South Coast town, as well as providing an exemplar of zero-carbon living through a combination of on and offsite renewables. With a successful refinancing under its belt in 2009, Crest looks set to carry on doing, well, more of the same.

Galliford Try is a rare thing: an expanding housebuilder. Having secured a rights issue worth £119m and bought two regional firms in Hull and the South-west, 2010 looks set to be an exciting year for the company. Which is good news for homebuyers too, because Galliford Try’s customer approval is second to none. Some 97% of its buyers would recommend the company to friends or family, a statistic that is all the more impressive when you consider the diversity of Galliford Try’s output – never relying on a standard housing type, but consistently picking up awards for everything from traditional country houses to urban apartments.

Miller may be in its 75th year, but it’s certainly not stuck in its ways. In 2009 it even launched its own YouTube channel and Twitter feed, receiving a nomination for the Golden Twit awards for its troubles. But then, Miller has always been open to new ways of doing things, as shown by the fact that it is the first firm to complete a for-sale zero-carbon home on a live scheme. Its response to HomeBuy Direct has also been impressive: it is providing more affordable homes compared with the funding it receives than any other builder.

United House Developments is rapidly establishing a reputation as one of London’s most innovative developers, tackling such unusual challenges as building a deck across a railway line to create a new square in Islington, and converting offices at the Barbican into luxury flats. The financial stats almost make better viewing than the glamorous developments: between 2007 and 2009, turnover has risen from £118m to £220m, with profit leaping from £3m to £15m. Not bad, all things considered …