How Ghandi can inspire sustainable action 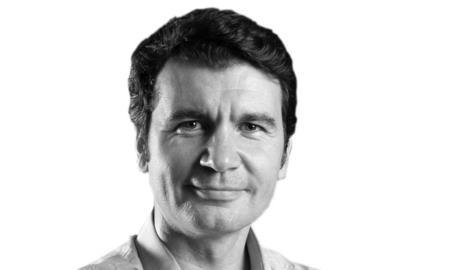 It’s not often people in the construction sector quote Gandhi, but he famously said: “Be the change you want to see in the world.” A short time ago it would have seemed ridiculous, but increasingly those involved in the planning, design, construction and operation of our built environment are at the very heart of the campaign to, well, save the planet for want of a less scary phrase.

This month, the UK Green Building Council facilitated a workshop for 70 members at the Department for Business, Enterprise and Regulatory Reform (DBERR). It was an opportunity to delve into the government’s cross-departmental Sustainable Construction Strategy, the consultation period for which is coming to an end shortly.

It’s not necessarily the liveliest of reads (believe it or not) and it hasn’t had as much media coverage, but it is pretty important – and deserves to be engaged with. It sets out various different targets around design, procurement, innovation and across various issues such as climate change, water and waste.

The mission of the UK-GBC commits us to being ‘radical’ and we asked ourselves what that meant in terms of our contributions to hitting or exceeding the targets set out in the strategy. An airless conference room in a government department might not be the deck of the Rainbow Warrior, but there is an appetite amongst members to make change happen, and to embrace sustainability rather than see it as a threat to be avoided.

In quite a few cases, members thought government wasn’t going far enough – particularly on the skills agenda where we need to go much further must faster. The design targets were also thought to be on the weak side – and it was suggested that we could do better than 20% of all large projects meeting BREEAM excellent or equivalent by the end of 2008.

But it became pretty clear that of equal importance to ambitious targets, imperative in fact, is a strategy for meeting them. It is here that the government’s document falls short, and it’s here that UK-GBC and others in the industry need to step up to the plate. It’s a delicate balance between ambitious and unrealistic, but I believe that we are increasingly seeing a willingness from some of the largest players in the industry to sign up to stretching targets – but based on clear conditions.

The zero carbon 2016 commitment for homes was always going to provide valuable lessons (both good and bad) on this front. On the one hand we shouldn’t underestimate the totemic status of this target, perhaps the one genuinely radical green policy of the government to date (even the historic Climate Change Bill is not a solution in itself – it is simply a framework for other policies that actually cut emissions). And it can’t be overstated how profound the effect has been of setting such an ambitious target on the mindset of house builders.

But one thing all of us are learning – just in time – is that more needs to be done to engage all relevant stakeholders in mapping out the difficulties en route to our targets. This is where the UK-GBC has a key role to play, and I’m delighted to have recently announced a task group of major house builders, engineers and energy suppliers, that will report to CLG by spring 2008 on including off-site renewables within the definition of zero carbon - surely a precondition to hitting the 2016 goal.

So not only will we be looking to encourage government, and the industry, to reach further and act quicker, but we must all take responsibility for making the journey as smooth as possible. I think a fundamental difference still exists between those in the sector who see a barrier to sustainability as an excuse for inaction, and those who see a barrier and view it as a challenge to overcome.

I guess Gandhi was right. Although I don’t think our members will be swopping suits for sandals just yet...