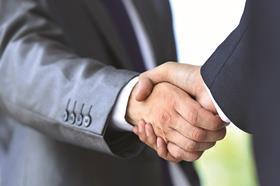 The £120m-turnover Dyer & Butler has announced it has entered into an agreement to be acquired by a holding company of First Reserve, which has raised around £25bn in aggregate capital since it was set up.

In September the same investor bought Morrison Utility Services, which provides utility infrastructure services and had been bidding for enabling works on HS2 in a joint venture with Sir Robert McAlpine, Bouygues and VolkerFitzpatrick.

As part of First Reserve’s acquisition of Dyer & Butler, Jim Arnold, the chief executive of Morrison Utility Services, will join the Dyer & Butler board.

Dyer & Butler has around 600 staff and works mainly for clients in the aviation and rail sectors including Heathrow, Gatwick, Network Rail and Transport for London.

Neil Edwards, managing director of Dyer & Butler, said: “This represents an exciting step in our continued development and, with the additional support of First Reserve and our sister company Morrison Utility Services, we have the opportunity to strengthen and accelerate the growth of our business.”