Hundreds of schools at risk under BSF shake up 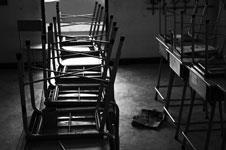 New government will reprioritise projects under the £55bn programme after review

School building projects that have already entered the £55bn Building Schools for the Future programme are to be reprioritised as the government looks to cut spending on the scheme.

It is understood that the Education Department is to carry out a review of all projects in the BSF pipeline. This will extend beyond the review of capital spending commitments made since January that was announced by chancellor George Osborne this week.

The review, which is set to be carried out within weeks, will detail where projects can be stopped and look at criteria for reprioritising them.

As reported last week, projects that have reached preferred bidder stage are likely to go ahead, but it is understood that schemes at an earlier stage are at risk. This includes projects worth up to £2bn that received confirmation of funding as far back as July, such as the £300m Wandsworth and £78m Plymouth schemes, as well as those that have not had funding allocated. At least 2,500 schools are still to receive investment.

The review means that projects that tendered earliest will not necessarily be the first to go ahead, jeopardising the order books of many consultants. It is understood the new department favours prioritising schemes on building condition, rather than “educational transformation”.

This would mean deprived areas would not be as favoured, as they are at present. There is also concern that owing to their impending BSF projects, some schools stopped receiving maintenance grants under the government’s devolved capital formula that pays for small upgrades and maintenance, and may have fallen into disrepair.

News of the review comes as it emerged that local authorities are continuing to work on projects that have not reached preferred bidder stage, despite increasing speculation over their future.

Jonathan Hines, a director of London-based architect Architype, two-thirds of whose work is in education, said: “The building industry has almost sleepwalked into this. The biggest problem is that Labour was fundamentally committed to public investment in schools and the Conservatives are not. If they cut too much, they risk causing a double dip recession.”