Image of the week: Eye of the beholder 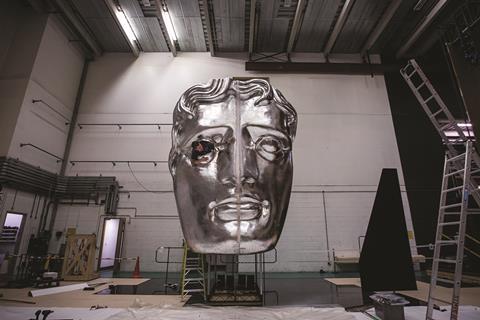 Set builder Charlie Wright works on a giant replica of the British Academy of Film and Television Arts (BAFTA) trophy to be displayed as part of the stage set at this year’s BAFTA awards ceremony, which took place on Sunday, in London.

The event was hosted by writer and actor Stephen Fry, who will appear as a special guest at this year’s Ecobuild event in March.