Image of the week: Jungle fire 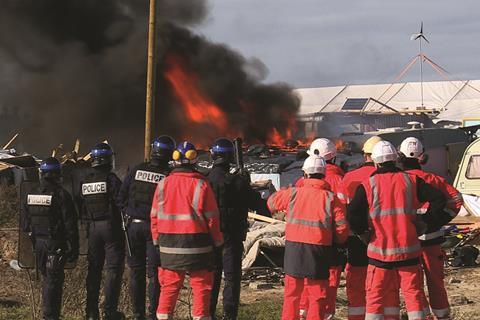 The workers have been pulling down temporary structures that have served as homes for the thousands of refugees in the camp.

Officials say residents can move to converted cargo containers in another part of the camp or to similar accommodation centres elsewhere in France.

Volunteer aid workers in the area have reportedly criticised the speed and severity of the eviction and demolition. The occupants have responded with protests, violence and by setting fire to some of the shelters.