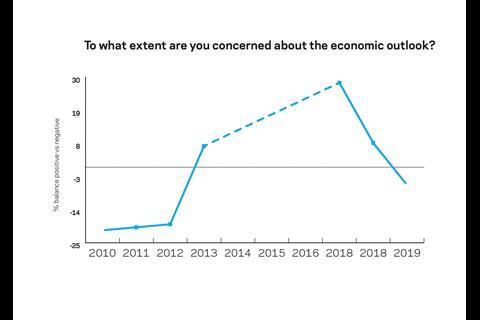 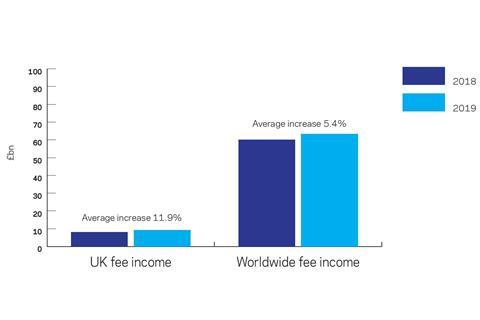 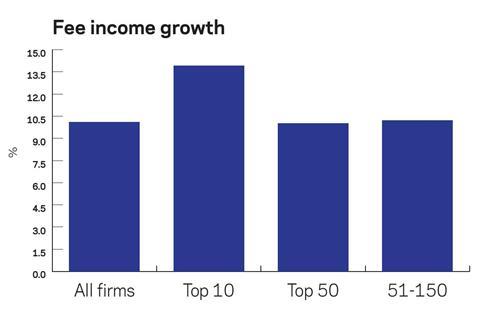 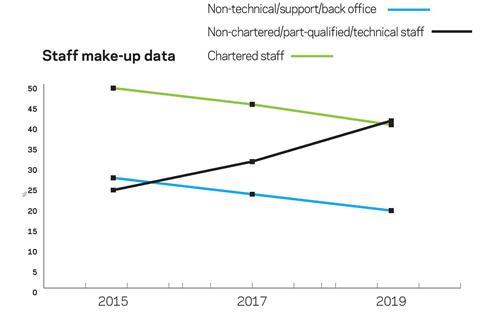 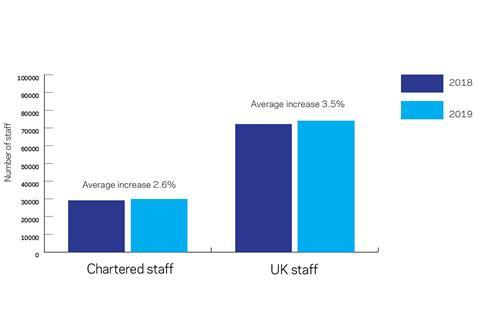 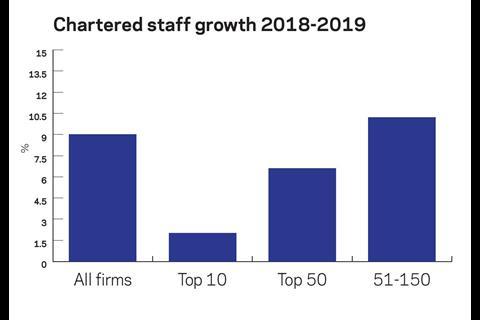 On average, top 10 firms had chartered staff growth of just 1%, with a couple seeing falling numbers, while smaller firms – those ranked 51-150 – saw an average chartered staff increase of more than 10%.

But the biggest firms actually boosted their UK fee income more quickly, on average by 13.9%.

The survey also revealed that the number of consultants who said they were worried about business prospects for the coming year was at its highest level since 2012.

For the first time since the year of the London Olympics, more firms said they felt pessimistic (25%) than optimistic (19%) about the upcoming 12 months.