More firms are expected to announce redundancy programmes in the coming weeks as speculation grows over where the axe will fall at Wates which confirmed it was making 300 job cuts on Wednesday.

Building understands that the firm’s 4,000 staff were told about the move in a video message from chief executive David Allen the previous day. 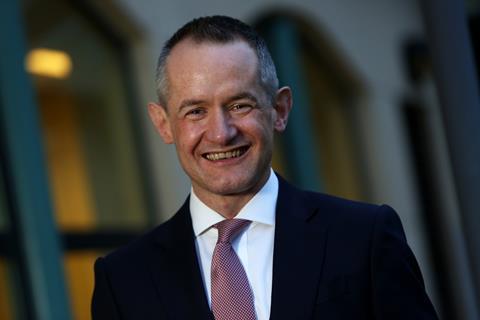 The move caught some off-guard with sources telling Building they expected quoted contractors to go public first with cost-cutting moves.

One said: “I was surprised they are the first to do it. But I think they want to keep a control on it and get it out there before it leaked out.”

Another added: “This is all turnover related. Firms will be cutting back because their budgets will have been blown. Income will be down 20-30% this year, maybe 20% less next year as things take time to get back up so firms have to pare back.”

Wates has not said where the cuts will be made but among the areas hardest hit by the covid-19 crisis have been the retail and private residential sectors.

Wates has a retail fit-out arm working for a host of big names including M&S and high street banks.

The firm also has several high-profile residential jobs including work for Quintain at its Wembley Park scheme while it is understood to be preferred bidder on one of the first plots of work at British Land’s scheme to redevelop Canada Water in east London.

Called A1, this scheme, which will run across six and 34 storeys and will include retail and offices as well as 186 residential units, is understood to have been put on hold by the developer.

Earlier this week, Wates was warned that its deal to carry out work on the £500m Northern Estate Programme, which involves upgrading a number of offices across Westminster to house MPs and parliamentary staff while the Palace of Westminster is overhauled, is now in jeopardy after the upgrade of the Palace was thrown into doubt by a review of the plans.

Wates has not put a timescale on when the first job losses will be made but according to UK employment law, a consultation period on 100 or more redundancies should start at least 45 days before dismissals begin.

Allen (pictured) said the process had begun this week meaning the first job losses should be made by early July.

Wates’ move comes as others made warnings that more bad news was to come. Cenkos analyst Kevin Cammack said: “I suspect [Wates] will not be the last [to cut jobs] as firms adjust to new budget forecast levels of activity going forward.”

And another senior source said: “Everyone is going to be doing it. Anyone without a civil engineering business is going to be making cuts, I’m afraid. It’s about rationalising the business and right-sizing it for the storm ahead.”

Earlier this month, GDP figures showed that construction shrank by a record 5.9% in March alone and during the first three months of the year was down by 2.6%, the largest decrease in quarterly growth since the second quarter of 2012 where it shrank by 2.9%.