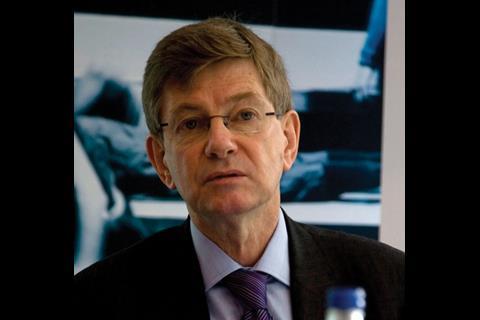 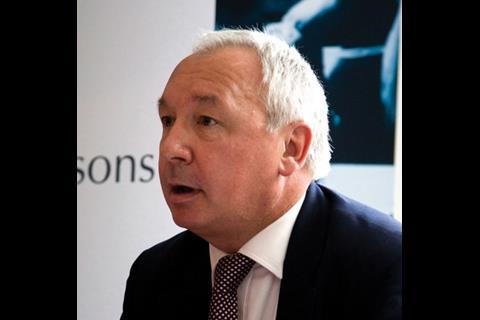 The industry this week braced itself as the collapse of US banking giant Lehman Brothers and the uncertain future of HBOS deepened the concern surrounding the corporate and development finance system.

The plight of HBOS, the embattled lender that has a heavy exposure to the UK housing market, is a particular cause for concern. Merger talks between the firm and rival Lloyds TSB were confirmed on Wednesday, and City sources said that any such deal would put the squeeze further on investment in the sector, as Lloyds is regarded as much more conservative than HBOS.

At a forecasting seminar held by Building and Pinsent Masons on Wednesday morning, the mood was gloomy. Stephen Stone, chief executive of housebuilder Crest Nicholson, which is part owned by HBOS, was downbeat. He said: “In my career I’ve seen three troughs and three booms. At the moment we are at beginning of a severe downturn. We’ve basically shut up shop and are not buying any land.”

John Stewart, director of economic affairs at the Home Builders Federation, said that history suggested such collapses have a clear impact on the housing market. “If you look back at what happened after Northern Rock and Bear Stearns, it’s clear that these global events produced an effect on the downturn.”

However, Holger Schmieding, chief economist for Europe at Bank of America, said the downturn could not be traced to one collapse. He said: “I don’t think you can say that one piece of news will have an impact on the macroeconomic picture. The collapse of Lehman is part of the overall shake-out.”

Londonewcastle was one developer identified as being at risk. HBOS owns a 40% stake in the company, which historically has had a close partnership with Lehman Brothers, with which it formed a £40m joint venture called Harley Property.

The company, which is developing projects in London worth an estimated £1bn, denied it was in crisis talks, but one source close to the firm said: “It isn’t the end of the world, but it doesn’t help.”

The pressures on the industry are likely to be indirectly compounded by the near-failure of US insurance giant AIG, which was was bailed out by the US Federal Reserve on Tuesday.

AIG guarantees performance bonds and professional indemnity insurance, and has a particularly strong presence in the UK PFI sector.

Lawyers warned that doubts over performance bonds could leave clients exposed to contractor insolvency. Rudi Klein, barrister, warned that clients “could toughen up contractual conditions for firms as a result”.

Rupert Choat, a partner in Cameron McKenna, said: “People will be looking at how to legislate for an uncertain market. One option is parent company guarantees, although there is the risk that a parent company may go insolvent as well.”

According to Bank of America, a recovery could begin during 2010 as housing becomes modestly undervalued and more affordable