Industry leaders back Cameron on Europe

Letter in support of PM’s stance on a EU referendum signed by bosses of Wates, Berkeley Homes and Arup 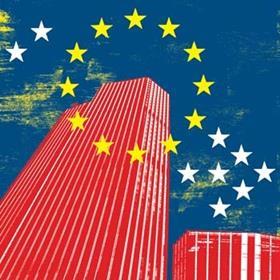 The leaders – a third of whom are Tory peers or donors – say Cameron’s promise, which he made in a landmark speech yesterday, is “good for business and good for jobs in Britain”.

They dismiss criticism — repeated by deputy prime minister Nick Clegg yesterday — that putting a question mark over Britain’s role in the European Union will jeopardise investment, arguing that what is needed is a “new relationship with the EU, backed by democratic mandate.”

Letter to the Times in full:

Sir, As business leaders we are passionate about Britain’s prosperity. We agree with the Prime Minister that Britain’s best chance of success is as part of a reformed Europe. We need a new relationship with the EU, backed by democratic mandate.

Business faces ever more burdens from Brussels and the single market in Europe has not yet been fully realised. The euro crisis has created the circumstances for a new EU settlement. This is the moment to push for a more flexible, competitive EU that would bring jobs and growth for all member states. That means completing the Single Market and quashing the culture of red tape.

Now is our chance to reform the EU from within. The Prime Minister is right. This is a European policy that will be good for business and good for jobs in Britain.