National Infrastructure Commission member warns UK could be ‘left behind’ 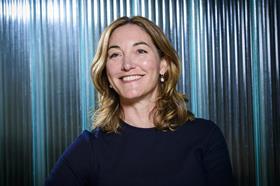 National Infrastructure Commission member Sadie Morgan has warned the country risks being left behind if it doesn’t upgrade its infrastructure.

Writing in her new Building column, the co-founder of award-winning architect dRMM said the UK was belatedly beginning to give the issue the level of importance it required.

She said: “If Britain is to succeed in the coming decades, we have to take our national infrastructure seriously. To maintain our competitiveness among the G20 nations we have to address the infrastructure requirements that will help us unlock the jobs and growth of the future.”

Morgan is one of seven commissioners appointed to the National Infrastructure Commission (NIC), which was set up by the government last autumn. Other members include former deputy prime minister Lord Heseltine and former 2012 Olympic Delivery Authority chairman Sir John Armitt.

Last week Armitt admitted to Building it was “disappointing” that schemes to boost the country’s energy supply - the new nuclear power station at Hinkley in Somerset and the Swansea Bay tidal lagoon - had both been hit by timetable issues.

Morgan also said northern cities needed to have an infrastructure plan that mirrored the capital’s. “Leeds, Sheffield, Manchester, Birmingham and Newcastle are great cultural centres with huge assets in terms of housing and amenities, yet none have a plan that matches London’s.

“This is fast becoming essential and is part of the reason for banding them together as the ‘northern powerhouse’.”

Morgan, who is also the head of the design panel for HS2, admitted the size of the task facing the NIC was a big one.

“Where do you start when so many things need sorting? What do you prioritise from a list that includes transport, water, waste, energy and communications, all of which need attention?”

The commission will publish a National Infrastructure Assessment every parliament setting out its analysis of the UK’s infrastructure needs over a 10 to 30 year period.