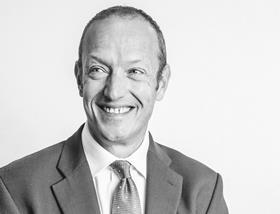 Interserve confirmed that Matt Bray (pictured) had left the business he co-founded at the start of last month.

Documents filed at Companies House show that he resigned as a director of Paragon’s parent, Interserve Construction, just before Easter.

Now Bray has been named as the new head of contracts at one of Morgan Sindall’s fit-out businesses.

Morgan Lovell has recently completed work for the Royal Navy on a digital centre of excellence at Portsmouth while it has finished fitting out a new office for National Lottery operator Camelot in London.

Bray co-founded Paragon, which was bought by Interserve in 2013, with Stephen Sproat in 2005.

Sproat, who was most recently commercial director, resigned as a director of the business last year.

In its most recent results, Morgan Sindall’s fit-out business, which also includes Overbury, posted revenue of £407m with operating profit down 13% to £16.4m. Operating margins were 4% in the first half, down from 4.4% last time.

He added: “There’s quite a lot of work about, it’s just not as booming as it once was.”

Nearly two-thirds of the the firm’s fit-out work is in London.