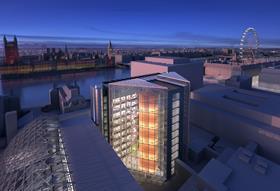 ISG’s managing director of construction Alan McCarthy-Wyper has left the company after 18 months in the role.

McCarthy-Wyper joined ISG in April 2013. Prior to joining the contractor and fit-out giant he was a director of Balfour Beatty Rail.

His departure from ISG follows a restructure that saw the construction business shrink to operate across four regions.

David Lawther, ISG’s chief executive, said McCarthy-Wyper had “played a pivotal role” in restructuring the UK construction business. He added: “I thank him for his achievements.”

In its latest set of results ISG’s construction business reported an operating loss of £1.2m in the year to 30 June 2014, down from an operating profit of £1.6m the previous year.