ISG to close office in South-east and take £3.5m hit 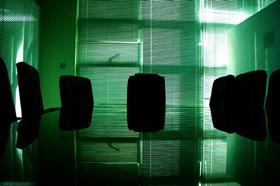 ISG has announced it is to close its south-east regional construction office based in Tonbridge, which it expects will result in a loss from the discontinued operation of £3.5m in the current financial year.

The contractor said the move was part of a previously announced drive to restructure its UK construction business to focus on four regions, repeat customers and frameworks.

ISG said its UK regional construction business “continues to face challenges”, where “current margins continue to be commercially challenging on projects entered into more than a year ago”.

But the firm added: “However, with the market now improving and with recent project wins generally being secured under better procurement routes, we anticipate seeing an upturn in margins from 2015.”

Elsewhere, ISG said it was benefitting from “significant improvement in the majority of our core markets”.

In a pre-close trading update for the year to 30 June 2014, ahead of full-year results to be published in September, ISG said its UK fit-out and engineering services business enjoyed “significant revenue and profit growth in the second half of the year”.

The firm said its retail business saw “improvement”, while its Middle East and Asian businesses grew revenue and profit.