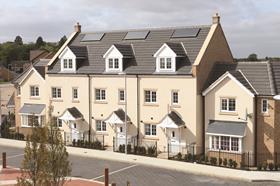 According to Sky News, negotiations over a deal are in advanced stages and could see a deal be signed this week.

As Building revealed in June, at least four separate firms have been interested in tabling bids for the Doncaster-based contractor and housebuilder.

Keepmoat confirmed in June it was in “early stage” discussions with potential investors following a report linking it to UK investor Apollo Global Management and Canadian firm Onex.

Both are understood to have tabled bids valuing the business in the region of £500m.

Keepmoat was formed in March 2012 following the merger of Apollo and the Keepmoat Group of companies.

It has 22 regional offices and employs around 3,000 people across the UK.

Sun Capital Partners is an investment firm headed by Hugh Osmond, the prominent City financier and co-founder of PizzaExpress.