Listed piling contractor Keller has signed a £167m deal to carry out piling and ground improvements work on the HS2 railway in the Chilterns.

The firm’s joint venture with VSL International will carry out work for Align, a team which features VSL’s parent Bouygues, Sir Robert McAlpine and VolkerFitzpatrick. 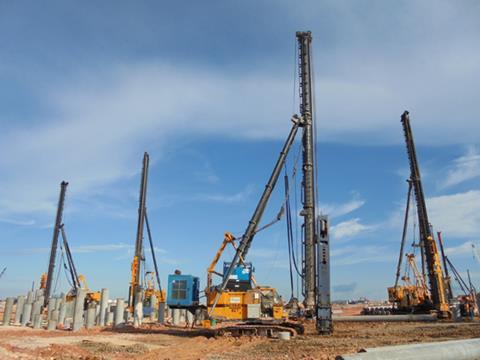 Keller’s piling rigs will be heading to the Chilterns

This section of the railway, called C1, consists of a 3.4km viaduct and twin-bore 16km tunnels.

Work will include constructing the piled foundations for the viaduct, grouting works, retaining structures for four ventilation shafts and ground improvement works.

At peak, 270 people will be working on the job for the Keller team, known as KVJV, which has previously worked on the Melbourne Metro project in Australia.

Keller is due to unveil its 2020 results next month.