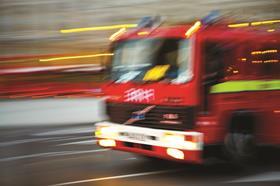 A Kier-led consortium has reached financial close on a scheme to build nine fire stations in south-east and east London for London Fire Brigade.

The government is providing £52m funding under the Private Finance Initiative and Blue 3’s contract will run for 28 years.

The fire stations will be built and maintained by Kier and handed over between autumn 2014 and February 2016.

The stations will be built at Purley, Dockhead, Old Kent Road, Mitcham, Dagenham, Leytonstone, Plaistow, Orpington and Shadwell and replace the current fire stations which were built between 50 and 100 years ago.

Kier Group chief executive Paul Sheffield commented: “We look forward to working in partnership with London Fire Brigade in delivering strategic assets that are sustainable and promote inward investment in the region. This is an excellent opportunity for us to demonstrate how effective public/private partnerships can deliver high quality, value for money solutions.”