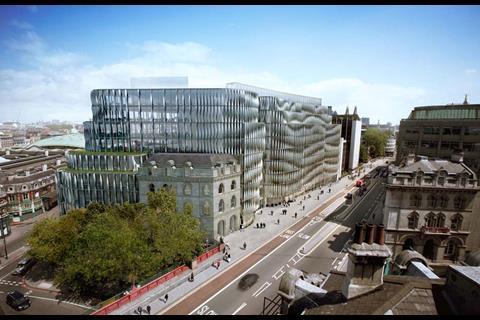 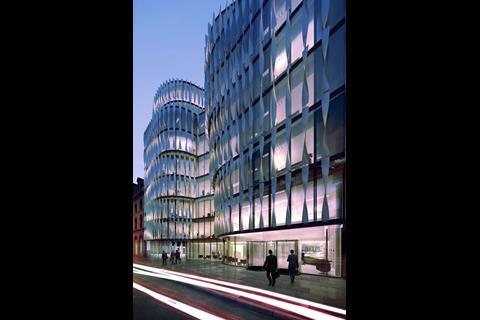 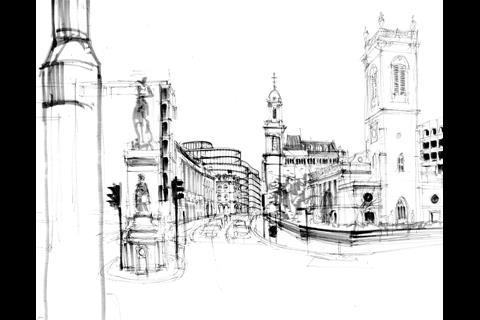 Kohn Pedersen Fox’s 60 Holborn Viaduct scheme in London is being marketed again after being put on hold during the economic downturn.

The developer Favermead said a start on site date for the 20,006m2 commercial development is dependent on securing a pre-let agreement.

The building, which will replace Bath House, has been designed to achieve a BREEAM rating of ‘Excellent’.

John Bushell, KPF‘s Principal in charge of the project commented: “60 Holborn Viaduct is an important addition to this part of London which has been subject to proposals for redevelopment in the past few years.

“It’s ‘return’ is a response to the current commercial office market in London, particularly the need for high specification, sustainable and flexible offices spaces which can be adapted to  accommodate multiple tenants.”