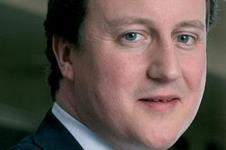 Kensington and Chelsea council has been accused of favouritism after Tory party leader David Cameron's street in the borough was given a VIP makeover, the Evening Standard reports.

The road was fitted with new paving slabs about 18 months ago, as part of a multi-million pound project being rolled out across the borough, but unlike other streets it was also recently re-tarmaced and given a jet-wash to buff the pavement. The nearest street to be jet washed is more than a mile away.

Jackie Offenbach, who lives near by, said: “It looks amazing. They're clearly trying to cosy up to him.”

Pat Mason, chair of the Kensington and Chelsea Labour Group said the Conservative lead council was trying to win favour with the opposition leader. He said: ”Either the Pope is about to pay him a visit or of course they are trying to further ingratiate themselves with the future prime minister.

“It's not fair on other tax payers paying for this and not getting a similar service themselves. It does seem like he's getting preferential treatment.”

The council insisted it had not singled out Cameron's street for special treatment. It said the work had been carried out because of lime trees leaving residue on the pavement.