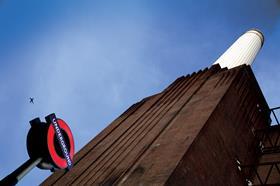 A joint venture between contractors Laing O’Rourke and Ferrovial has been named as the preferred bidder to build the £600m Northern Line extension.

The joint venture saw off competition from three teams comprising Costain and Sir Robert McAlpine; Balfour Beatty and Bam; and Bechtel and Austrian firm Strabag to take the job.

“Other tenderers have been notified and should we fail to reach agreement with the preferred bidder London Underground may reopen negotiations with those who have been stood down.”

The mega project will involve construction of two new stations at Battersea and Nine Elms, tunnelling and track work, installation of lifts and escalators, power supply and station fit out work; and design and build of the required civil engineering.

The project has already qualified for a funding guarantee under the government’s £40bn UK guarantees scheme.

The contract for the job is set to be signed in late August this year and construction is due to start in spring 2015.

The shortlisted bidders for the project were: