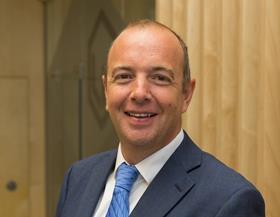 Birrane (pictured) was previously managing director at Lakehouse since 2008.

Former chief executive and majority owner Steve Rawlings remains on the board.

The appointment comes after a period of growth for the 1,250-strong firm, including two acquisitions – air and water hygiene specialist H20 Naitionwide in October and Scottish energy services group Everwarm in April.