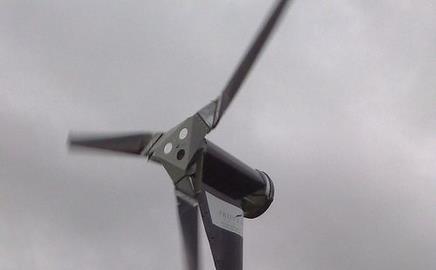 The team behind the trial of a new urban wind turbine in Elephant & Castle, south London, has revealed initial results for the unit's performance which were "less than anticipated".

The six month trial used a Proven 6kW turbine on top of a nearby medium-rise block, Ashenden House. The stated aim of the trial was to check whether similar devices should be used to help power the massive, nearby scheme, one of Europe’s largest regeneration projects.

Tony Day, professor of energy engineering at London South Bank University, a lead on the project, said: “Wind turbines can make a contribution to reducing CO2 in the right location and their iconic nature helps to tell some of the story of Elephant. They can also save a bit of carbon.”

Dunlop said the trial was the first true study of a turbine in an inner city location, but that results did not meet expectations: “It didn’t perform as well as we expected based on desk top studies,” he said. “The mean wind speed recorded at hub height was less than anticipated and the manufacturer’s power curve [an estimate of power output for the device at different wind speeds] indicated higher power outputs at any given wind speed.”

The turbine produced 2,400 kWh of power from June 2007 to January 22nd 2008 instead of the 4,500kWh of power predicted by combining the manufacturer’s published power curve with Heathrow wind data that had been transposed to the site.

The Ashenden house turbine produced 7.3% of the of turbine’s advertised 6kW capacity (annualised.) Those on a wind farm generally produce between 20-40%. The turbine cost around £30,000 to install.

It didn’t perform as well as we expected based on desk top studies.

Technical co-ordinator on the scheme, Brian Dunlop, said: “If we deployed 2 x Proven 6kW turbines on each building at Elephant and Castle then based on a capacity factor of 7.5% we could achieve an annual carbon saving of approximately 150 tonnes of CO2. This represents a 1% contribution towards the scheme’s renewable energy target.”

Day added that the science of turbines in the city was by no means clear cut: “The output might be something to do with local turbulence, but we don’t fully know yet. There’s more work needed and perhaps optimisation of the spring tension and blade size could help results.”

Annual results have been collected and are currently being calculated. A Quiet Revolution QR5 vertical axis turbine was installed on the site in June and is being tested.

Last month, Veolia subsidiary, Dalkia won the bid to build a MUSCo for the scheme. Tony Moseley, sustainability manager at Southwark Council was not available for comment.

Interim results of the trial can be downloaded at www.elephantandcastle.org.uk/home/downloads/windturbinetrial/