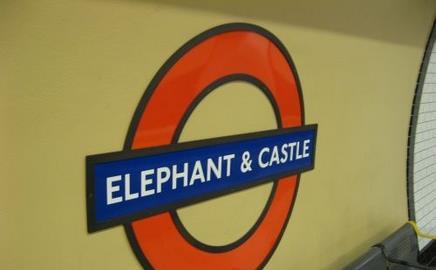 The news comes despite tests showing that a 6kW Proven model on nearby Ashended House produced less than half of its predicted energy output during a six-month trial.

Installation of turbines of the scheme, one of the largest regeneration sites in Europe, would save a predicted 1% of carbon emissions and cost around £30,000 each to install.

Assistant director of sustainability and infrastructure at the council, Tony Moseley, said: “The study showed that the cost was comparable with an installation of CV rather than saying that turbines don’t work, per se. We have an environmental strategy and cost isn’t the only issue.”

Unless you are in Plymouth you won't get satisfactory wind speeds

Sandy Mackay, director at the BRE, said his organisation had already published research showing that micro-generation wind turbines were not suitable for urban environments. He said the same would apply to larger installations:

“Unless you are on the coast, in Wick or Plymouth, you won’t get satisfactory wind speeds. And even if you have the speed it’s not effective because of all the other buildings. These create turbulence so you get uneven flow and pressure over the blades causing reduced power.”

The majority of the power for 650 000 sq m Elephant and Castle will come from one of the country's first MUSCOs set to be built by Dalkia.