London M&E specialist Michael J Lonsdale has won a deal worth up to £9m at the Paddington Cube scheme being built by Mace in west London.

The firm’s Lonsdale Rail division, which it launched in July 2019, will carry out the work on the entrance linking the Renzo Piano-designed building with the nearby underground station. 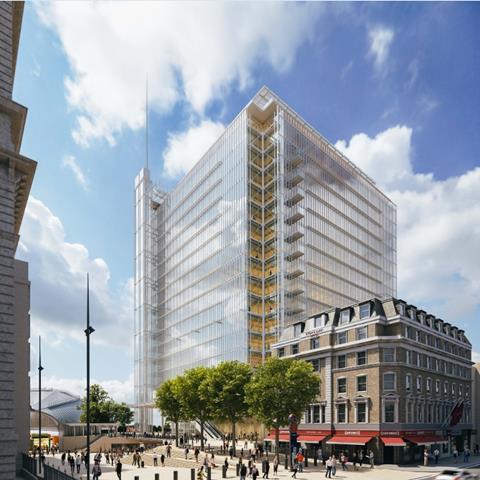 The Paddington Square scheme is due to finish next year

Developer Sellar agreed to fund a £65m redevelopment of the station as part of the deal for the Cube, which is known as Paddington Square. The scheme is due to finish next year.

Other firms working on the scheme, which is being masterminded by Great Western Developments, made up of Sellar and Singapore firm Hotel Properties, include William Hare currently on site with its £50m steelwork contract.

The result is a tonic for Lonsdale which last week reported that its pre-tax profit in the year to September 2020 had fallen by two-thirds to £2.6m. Income was down from £180m to £133m.

Lonsdale, which has worked on the 22 Bishopsgate and Battersea Power Station schemes, blamed the falls on the impact of the covid-19 pandemic which saw sites closed and jobs put on hold.

Its current jobs include Lendlease’s 8 Bishopsgate scheme, up the road from 22, and Mace’s One Crown Place scheme in Shoreditch.