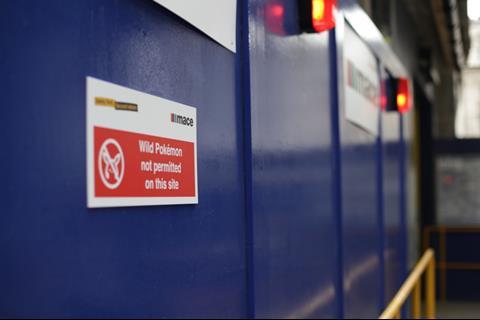 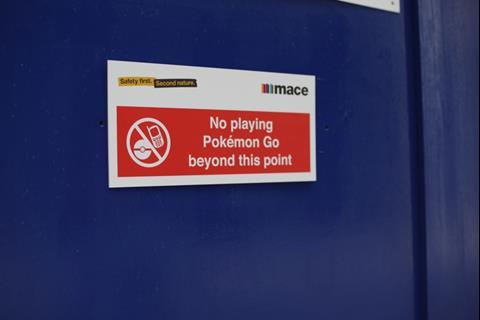 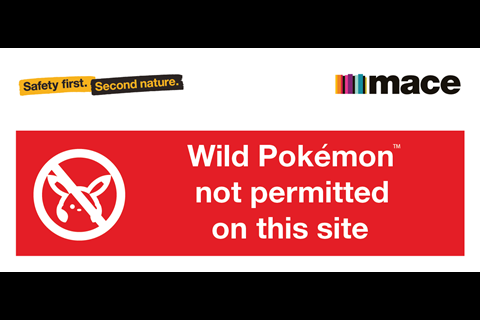 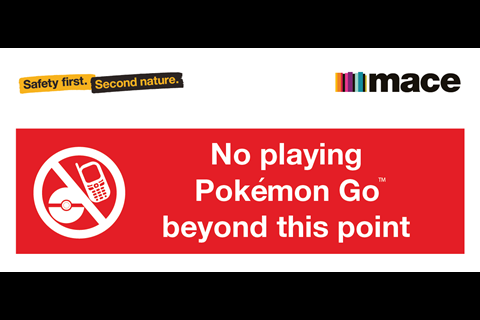 ‘Wild Pokemon not permitted on this site’

A Building investigation earlier this month revealed 50-plus instances of trespassing on building sites over a one month period, and highlighted warnings issued by client Network Rail and builder Bam Construct on the issue.

Now Mace has got in on the act, posting quirky signs on their site hoardings with warnings including “Wild Pokémon not permitted on this site” and “No playing Pokémon Go beyond this point”.

Niantic, the game’s developer, frequently alerts players not to trespass. A typical warning reads: “Do not enter dangerous areas while playing Pokémon Go”.

Niantic has an online form you can fill in here to report any issues with the Pokémon Go game.

Construction firms have told Building the augmented reality technology behind Pokémon Go could revolutionise the way the industy pitches to clients, by enabling firms to give customers a virtual walkthrough of prospective projects.