Manchester votes 'no' to congestion charge 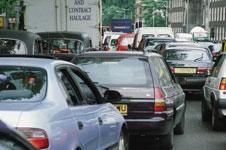 Transport works worth £3bn are blocked by residents' opposition

Manchester residents have voted against plans to introduce a congestion charge in the region, leading to the removal of a £3bn "transport innovation fund" to improve local transport.

If residents had returned a "yes" vote a £2.8bn 'transport innovation fund' would have been released, to be spent on a number of projects such as expanding the Metrolink tram and building four new bus stations. And a recent study by Arup estimated that 5,800 construction jobs would be created across Greater Manchester by 2019 if the scheme was backed.

Chris Fletcher, deputy chief executive of the Greater Manchester Chamber of Commerce, said: “The scale of the 'no' vote has surprised many people. Nobody is saying we don't want public transport investment, just that congestion charging is not the best way to get that funding.”

Fletcher added that the Metrolink problem had not “magically disappeared” with the "no" vote. He said: “The investment was vital, but I hope we can pull together with local businesses and find other solutions to improve the congestion and public transport in Greater Manchester.”

Scott Steedman, vice president of the ICE, said: “A real opportunity has been missed here with the 'no' lobby taking the ballot in Manchester. I suspect the result is largely due to the fact that the debate leading up to the vote seemed only to focus on the introduction of congestion charging, when really it should have been about the first class public transport system that the investment would have delivered in Manchester - one that would have set the standard for the rest of the country.”

Richard Critchley, the policy manager for transport and planning at the Greater Manchester Chamber of Commerce, said to Building on Thursday that the £3bn transport innovation fund (TIF) funding was “vital” and would “certainly lead to a lot more jobs”.

He added: “Train lines, bus facilities and new train stations all require heavy construction. We would still look for funding if the TIF money was taken away [if the vote is no]. Their investment is vital, but I hope we could pull together with local businesses and find other solutions.”

Cambridge, Bristol and Leeds are now expected to follow Manchester and reject any plans to introduce the pay-as-you-drive scheme.