7
M&E Specialist of the Year
News

M&E Specialist of the Year 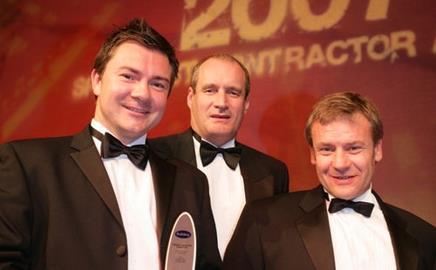 Crown House Technologies (CHt) sets the pace in the increasingly complex and challenging M&E world. Its mantra is the word “Inside” – because, CHt says, it makes the inside of a building work. To do that, the1500-strong staff designs, manufactures, engineers and services the insides of buildings throughout the UK. The sophistication of its approach has won it many powerful partnerships with names such as BAA, the NHS, British Land and WSP, and key suppliers too. This has allowed it to radically accelerate its speed and efficiency on site.

Environmental management is another strong card: it champions sustainable approaches both internally and across the supply chain, and is a founding member of the UK Green Building Council. Health and safety chiefs have awarded it the Order of Distinction for the past three years. Top project for CHt this year has been a major data centre in the South East, a £58m flagship project which it managed and delivered to time and budget. Little wonder it’s won this accolade for the second year running.

Off-site fabrication was used increasingly this year by B&F, and put to great effect on its Kettering General Hospital project, where main contractor HBG praised its “can do” attitude. Creating the position of a dedicated Customer Care Manager was another smart move, allowing B&F to take care of any project problems as soon as they emerge.

In Dodd’s 60th year, turnover rose by 25%, thanks in part to further partnering agreements with substantial clients such as Birmingham Construction Partnership and Solihull Metropolitan Borough Council’s M&E Partnership. Significant investment in training helps ensure safe and efficient installations. Its £5m Sandwell Academy job was the highlight of its anniversary year.

Strong commitment to investment in its people (it’s an Investor in People) has paid off for Farebrother, with great staff retention and high moral. Rigorous analysis of its own performance is also a key management characteristic: the firm uses the BSRIA key performance indicator questionnaire. It invariably scored high, and notably on its £5m Manchester Royal Infirmary project, where it successfully designed, procured, installed and commissioned the M&E services.

A great year for Grainger, with sales up 71% and profits doubling – deserved payback for heavy investment over the past few years in IT systems, equipment, and 15 liveried vehicles. Much of its work is repeat business with customers such as

Lindum Construction and Legrand Electrical. Pride of place in top projects for the year was a full design and build services contract for a Lindum art-deco office.

Established in York in 1820 but thoroughly modern, Shouksmith works on jobs from £50,000 to £5m in areas such as urban renewal, housing, industrial, commercial, retail and health care. Customer satisfaction is measured constantly using the BSRIA scheme, and partnerships are sought wherever possible. Biggest step forward this year came with the introduction of a complete package service with its Morfitts design and installation division. The Carillion-managed Plaza development in Leeds, where Shouksmith and Morfitts delivered an integrated solution, was a highlight of the year.