McAlpine eyes savings of £30m as its prepares to furlough staff

Sir Robert McAlpine is eyeing salary savings of at least £30m over the next three months after telling its 2,000 staff it plans to furlough most of them because work has dried up.

According to its last report and accounts, McAlpine had a wage bill of just over £138m for its 2,100 staff in the year to October 2018. 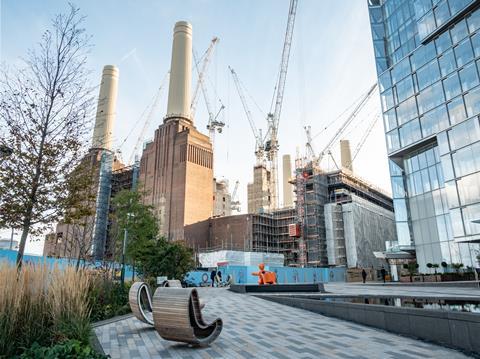 The firm has not put an official figure on how much it will save furloughing staff but based on these figures the firm shells out £34.5m on salaries every quarter.

Most firms expect the crisis to last a minimum of three months meaning belt-tightening measures are likely to be in place until the end of June at least.

McAlpine declined to comment on reports that it is drawing up plans to furlough the bulk of its staff in order to stop it running out of cash caused by the coronavirus pandemic.

The firm’s head of marketing and communications Lynda Thwaite said: “We will be issuing a statement soon but our priority and focus today is on communication with our people.”

Dozens of McAlpine sites have been closed and earlier this week the developer behind one of its biggest jobs, the Battersea Power Station scheme where McAlpine is building more than 1,300 apartments on the third phase of the job, said the project would be closed until 27 April at least.

And in a trading update this morning, the scale of contractors’ cashflows that have been halted by site closures was laid bare by one of construction’s biggest clients.

Landsec is developing the 21 Moorfields scheme in the City of London, which McAlpine has also stopped work on, for Deutsche Bank and in its statement Landesc said it had signed construction deals worth £300m by the end of last month.

It added: “Of [this] c.£200m was expected to be spent in the coming 12 months. However, given the suspension of work at 21 Moorfields, we expect a proportion of this to be deferred.”

Yesterday, Laing O’Rourke said it was cutting the pay of all its 8,000 UK staff by between 20% and 30% in a move which is expected to save it at least £20m over the coming three months.

O’Rourke said a number of staff will also be furloughed – the name of initiative introduced by the government last month which sees staff put on paid leave with a proportion of their wages paid by the state.

This allows impacted employees to receive up to 80% of their salaries up to a cap of £2,500 per month.