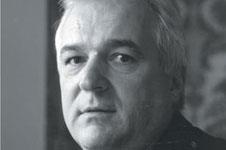 Retirement homes developer McCarthy & Stone has announced it has begun an “organisational review” that will impact on jobs across its head office and five regional offices.

The developer, which is under new management after hiring a new chief executive Clive Fenton in January and a new chairman John White (pictured) in September said “all affected employees will be consulted”.

The firm said the review has “the goal of transforming the business and achieving long-term growth”, adding: “It will consider the right structures, systems and processes to create a more profitable, scalable and effective business.”

The impact will primarily be in its head office, the firm said.

In an interview with Building this week McCarthy & Stone chairman John White raises the possibility of a future stock market flotation for the specialist retirement housebuilder.

In a trading update this morning for the half-year period to 28 February 2014, the developer said revenue was up 50% on the previous year to approximately £150m.

The developer had a 30% increase in completions to 659 units, while the firm hasbought 34 new development sites totalling 1,100 units since September 2013.