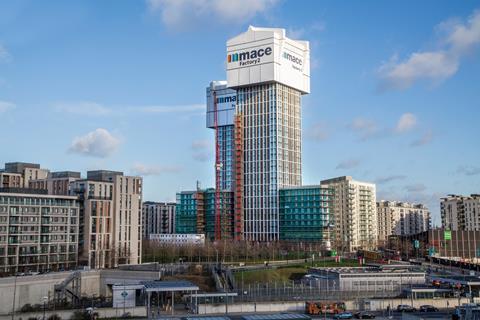 A “rising factory” on site

Developing modern methods of construction could create a £40bn-a -year export market for the UK, according to a new report from Mace.

The report says there will be increasing demand for high-rise living, as more than half the global population live in cities and this number is set to rise. By embracing modern methods of construction (MMC) techniques developed in Britain, homes, offices and schools across the world could be built more quickly and more safely.

According to Mace’s City Living report, the US, India and China are the fastest-growing markets, which Britain should target.

Mark Reynolds, chief executive of Mace, said: “Thanks to a legacy of pioneering achievements, the UK is respected throughout the world as experts in delivering major, complex and innovative construction projects.

“Embracing MMC and exporting our knowledge around the world could lead to billions of pounds more in trade and help build new relationships with major markets around the world.”

Mace is already employing MMC, including the use of its “rising factories”, a rapid construction method that sees buildings built at a rate of one storey a week, which it has used it to deliver N08 East Village in east London’s Stratford.

The research, which was authored by former Bank of England economist Steve Hughes, says that if MMC allows UK construction to export the same amount of global industry value as the UK automotive sector, then its annual exports would increase by £39bn.

The paper argues that unless the construction sector and government embraces MMC, the UK will be unable to deliver on the number of homes pledged by politicians.

The report also set out a number of recommendations to reform the sector and establish Britain as a global leader in MMC, including accelerating planning consents for projects using MMC that show faster, better and greener developments than traditional approaches.