More work up for grabs at £1bn Stratford Waterfront scheme

Latest deal is for new BBC base

M&E contractors are being lined up for the next package of work to be let at the £1bn Stratford Waterfront scheme.

Firms are being asked to bid for an £8.5m contract to carry out MEP works at the BBC’s new east London base (pictured).

The London Legacy Development Corporation, which is the client and planning authority on the job, is hoping to shortlist five companies by 20 January next year.

The BBC building has been designed by Allies and Morrison. The M&E contract is expected to start next June and run until August 2022.

Firms have until 2 December to register their interest in the job. 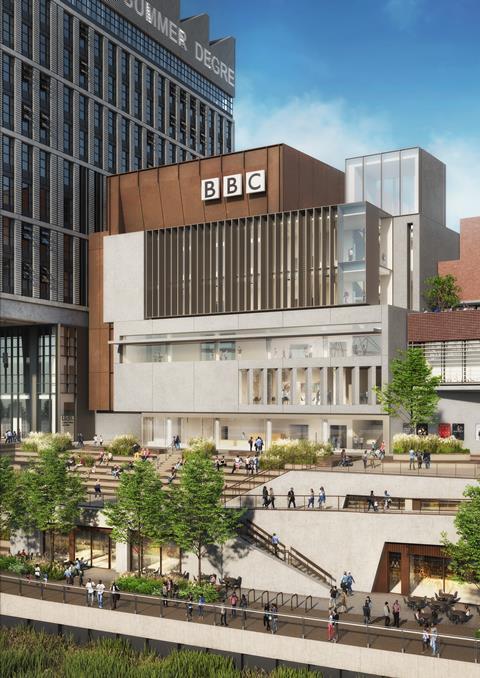