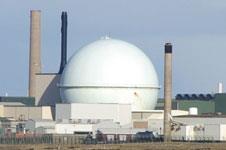 A public accounts committee report has attacked the government for failing to get a guarantee from EDF that it would build new nuclear power stations without public subsidy.

The report, released by a cross-party group of MPs, which holds government spending to account, criticised the "systemic weakness" at the heart of the Department of Energy and Climate Change (DECC) and its approach to risk that could cause "serious liabilities to fall to the public purse".

Edward Leigh, MP, chairman of the public accounts committee, said: "It is of concern, to say the least, that the department does not know how much nuclear generating capacity will be needed to meet our future energy needs. This committee is not convinced by the department's reliance on the market and a rapid acceleration in renewable energy to fill any gaps in future energy supplies.

“Given that there is a clear risk that EDF will not build them, with or without such subsidy, the department needs to say sooner rather than later how the country's increasing energy demands would be met under those circumstances.”

The report went on to criticise the shareholder executive, responsible for overseeing the sale, for not being able to rely on its own expertise and spending £400,000 a month on advisers from UBS.

A spokesman for EDF said the company is fully committed to building nuclear power stations in the UK and needs no subsidies.

It is understood that the Department of Energy and Climate Change will now publish a report admitting that more government intervention is needed to help energy companies, such as EDF, Centrica, RWE npower and E.ON build nuclear stations.