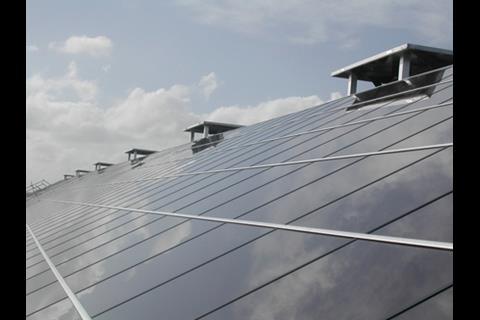 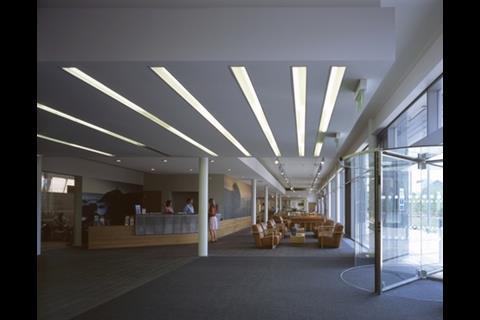 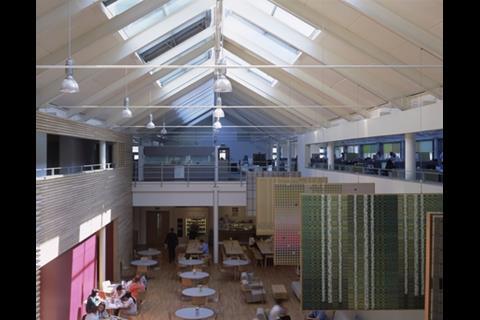 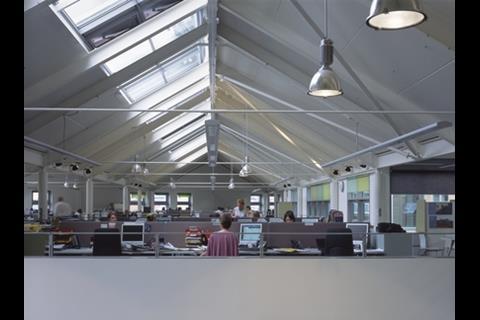 Web exclusive: Air-conditioning is dead, long live cardigan culture. How the team behind the new headquarters for the National Trust persuaded the building users to acclimatize to varying temperatures. Plus full post-occupation data

Two years after opening, Heelis, the National Trust HQ in Swindon has become a building full of cardigan wearers. This isn’t some disparaging comment on the fashion predilections of charity workers, though; it is the result of an internal campaign aimed at educating users on how to best inhabit this naturally ventilated and extensively passively heated and cooled building.

Designed by architect Fielden Clegg Bradley and environmentally engineered by Max Fordham LLP, every aspect of Heelis has been approached from an environmental point of view. All timber used came from the Trust’s own sustainable forests; demolition waste was recycled on site; the site itself was brownfield; materials and labour were sourced locally; numerous energy saving measures were employed; and the entire design was value engineered to ensure that no element was oversized or underused. The building has been rated ‘Excellent’ on the BRE Environmental Assessment method (BREEAM).

Conversely, the project had to be brought in for a price comparable to that of a conventional company headquarters: the Trust was especially anxious not to be seen to be splashing cash around for the sake of it. Max Fordham engineers devised a sustainability matrix to judge all potential environmental options and only those that provided payback of less than 25 years were considered.

The environmental operation of the building focused on three main areas: the maximization of day lighting; reducing energy use; and thermal performance. The deep-plan two storey building was orientated to provide the best influx of light into both the ground and first floors via a mezzanine style of first floor with large openings to allow light to the lower floor through series of north lights, two courtyards and an atrium.

Some 1554 photovoltaic panels are situated on the southern aspects of the saw-toothed roof, providing a good percentage of the building’s electrical power. They also over-sail the saw-tooth ridges to create shading for the north-lights to eliminate direct sunlight entering the building.

The southern façade of the building is fully glazed but internally this area is occupied by public areas and so almost all natural light to the offices comes via the north-lights. Theoretically, this design works well. Taking 6000 lux as the expected external illumination for 85% of the year, the engineers designed to allow 5% of that light into the building – 300 lux, typical illumination for an office environment.

In operation both floors of the building are extremely well lit, meeting the 300 lux requirement. Max Fordham Partnership partner, Guy Nevill, says: “Illumination is really good at desk level. We have a daylight factor of 5-10% for most of the first floor and much of the ground floor. Perversely, the roof-lights actually made the centre of the building seem brighter than the edges.

“However, in focusing heavily on the daylight factor on the working plane, we didn’t focus on day lighting the walls. So, although you are sitting in a space with a good light level at the working plane, when you look up it isn’t that bright on the wall and so your perception is of a somewhat dull space. In hindsight it is simple; on future projects we’ll make the walls bright as well as the working plane.”

The roof-lights play a part in the thermal design too. They are 2.5 times more efficient than windows in allowing in light and so a smaller area of glazing was required to achieve the day lit conditions: this translates into less heat lost through the building fabric. The thermal performance of the building relies heavily on its mass and the ability to regulate temperature fluctuations passively. Concrete roof and first floor slabs are cooled over night by a BMS controlled natural system, which uses stack ventilation to discharge heat through roof top ‘snouts’ and pull in fresh cool air via motorized windows and inlet panels.

This passive system has been designed to provide a working environment in which the heat is less than 25oC for more than 95% of working hours and less than 28oC for 99% of that time. Max Fordham’s carried out thermal modeling under different scenarios and devised thermal targets for people wearing varying degrees of clothing. For instance, at 20oC over 45% of people wearing light trousers and a short sleeved shirt are uncomfortable but only 12% complain if they are wearing a suit: consequentially, at the critical 28oC, 40% of suit wearers would be uncomfortable, while only 16% of those wearing shorts and a t-shirt might complain.

This is cardigan culture. “The facilities manager at Heelis calls it a layers building,” says Nevill. “People have to be aware that the building will not be constantly stable at one temperature and they must realize that they might need a cardigan in the morning, before the building has warmed up. And, in summer the office will be hotter than the winter. You have to dress accordingly, put on or take off a layer…”

In its first year Heelis fared well. During the hottest period in July the external temperature pushed 30oC on four days. Internal temperatures only once peaked at over 28oC and were less than 25oC for over half of the month.

These sunlit summer days enabled the photovoltaic array to produce up to 30% of the building’s electricity requirement. However, there is a large base electricity load even at night, due to the cooling required by the communications room – some 50% of the building’s total electrical requirement. In a post occupancy analysis, Heelis performs really well apart from power used for the comms room and kitchen. “This was a real lesson to us,” says Nevill. “We had concentrated on getting the base building right but when you stick in a comms room or commercial kitchen you can destroy a lot of hard work. These areas really need focusing on from the outset.”

While other forms of cooling need to be utilized for the comms room, Nevill cites human ignorance of the building ethos as another major factor. At Heelis the kitchen includes a conveyor washing up system; this was allowed to run almost constantly throughout the day, creating a massive hot water requirement. “People need continually educating about the building and how it runs,” he says. “If that means laminated signs and posters then so be it because as staff change the message about how to use the building responsibly must be upheld and passed on.”

Heelis has been continually monitored since its opening and environmental engineers are still fine tuning its operation, while staff are kept up to date about the building in regular internal bullet-ins. Monitoring will continue next year. This is especially important, believes Nevill. “These buildings take time to balance and attain optimum performance from: monitoring should be an element that is priced into the project from the outset.”

As more buildings are designed to these philosophies people will once again become accustomed to dressing to suit the ‘weather’. Users will hopefully feel the benefits of fresh air and realize the importance of carbon-neutral buildings. The air conditioning trend has been toppled; cardigan culture is here again and it can only get bigger, and woollier.

Budget (fit out, IT, furniture) paid by National Trust