Network Rail is seeking views from rail users, communities and businesses on a potential new rail link that would connect the Great Western Main Line to London Heathrow Airport.

Building on the 1,000 responses received during two previous rounds of public engagement and consultation in 2015 and 2016, the final round of consultation will run until 22 June.

A Development Consent Order application will be submitted to the Planning Inspectorate in 2019. to seek consent to build the new railway.

The final decision will be made by the secretary of state for transport.

The proposed Western Rail Link to Heathrow would leave the Great Western Main Line between Langley and Iver via a short stretch of open railway before entering a new 5km tunnel.

The tunnel would pass under Richings Park and Colnbrook and then join existing rail lines underground at Heathrow Terminal 5.

The link would allow passengers in the west to travel directly to Heathrow Airport from Reading and Slough, without having to change at London Paddington.

This would make journey times to Heathrow as short as 26 minutes from Reading and just 7 minutes from Slough. 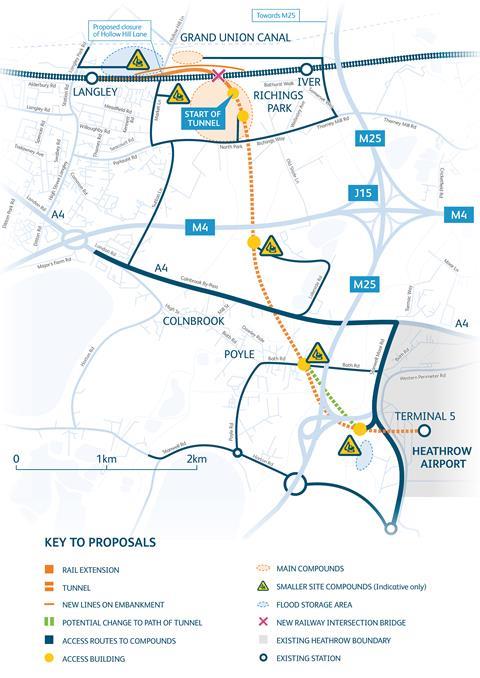