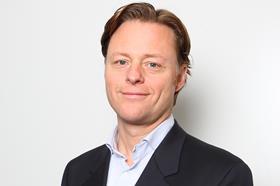 Lend Lease has appointed a new director of its £1.5bn Elephant and Castle development project.

Pascal Mittermaier, who is currently head of sustainability in Europe, Middle East and Asia, will now head up the project from August.

Mittermaier has previously been involved in delivering the firm’s work on the Athlete Village for he London 2012 Olympics.

Mark Dickinson, managing director for development at Lend Lease, said he was pleased Mittermaier’s “deepening involvement” with the project and would help make it an “exemplar for green building”.

He added: “His experience of delivering innovative and large scale developments will play a vital role in transforming this part of Central London into one of the most vibrant places to live in the capital.”

Mittermaier said: “I am looking forward to working closely with Southwark Council and the people who live locally to create one of the most exciting and transformative developments which London has seen in decades.”