The new boss of Buro Happold is planning to more than double the firm’s turnover to at least £500m over the next six years, Building can reveal.

The engineering consultancy’s current turnover is around £200m but James Bruce said on his first day in the job that he wants to see a dramatic expansion of its businesses outside the UK. 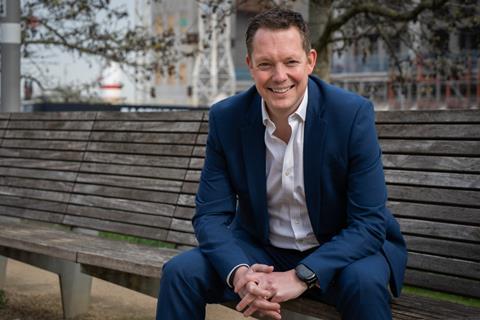 The firm, which is also planning on doubling its staff to 4,000 over the same period, is the latest consultant to announce ambitious plans following those laid down by Gleeds and Mace in recent weeks.

Bruce told Building: “We would like to get that over £500m in six years’ time. So that’s where we’re heading and ideally we’d like to be north of that.”

Asked if the string of growth plans unveiled by firms in recent weeks pointed to a heightened level of competition as the sector eyes the end of the pandemic, he said: “I think we’re seeing a lot of activity around bidding, and I think it is a little bit more competitive.”

The firm’s key target market is set to be the US, where Bruce wants to increase staff from 300 to 1,000, but he is also eyeing expansions in Europe, Asia Pacific and the Middle East.

He said the aim is not “growth for growth’s sake” but to drive resilience into the business to ensure that the firm can withstand regional economic shocks: “If the UK sneezes, we don’t want the rest of the business to catch a cold.”

It follows the purchase this year of New York higher education consultancy Brightspot, the first acquisition in the 45-year history of Buro Happold, which worked on the city’s High Line park.

Bruce, who joined the firm in 2018 as chief operating and financial officer from advertising giant WPP, said he expects acquisitions to play a major part in Buro Happold’s growth in the US.

He said: “One of the reasons I came in three years ago was to look at our resilience and look at our growth, so having come from [communications firm] Omnicom and more recently WPP, which are really known for their acquisitive natures, that was one of the things that was on the agenda at Buro.”

He added that before the pandemic the firm had had some “pretty strong” growth aspirations which were then put on hold.

He said the firm’s ambition in the US was encouraged by the $2tn government stimulus package for infrastructure currently being finalised: “I think there’s a positive market for us to lean into.”

Bruce said the firm had already won more bids this year than in all of 2020, adding that it had put in more bids but that there was also more work available.