The four non-executive directors who were unfairly sacked by the Royal Institution of Chartered Surveyors as part of a governance scandal have criticised the public apology given to them by the organisation.

Amarjit Atkar, Bruce McAra, Simon Hardwick and Steve Williams said the mea culpa was “difficult to accept as a statement of genuine contrition”.

Last week’s apology said the dismissals had been “unacceptable and indefensible” and that the four had been “right to challenge” the RICS over the handling of a critical financial report.

An inquiry, carried out by Alison Levitt QC, found that the four had been unfairly dismissed amid a “power struggle” at the institution. 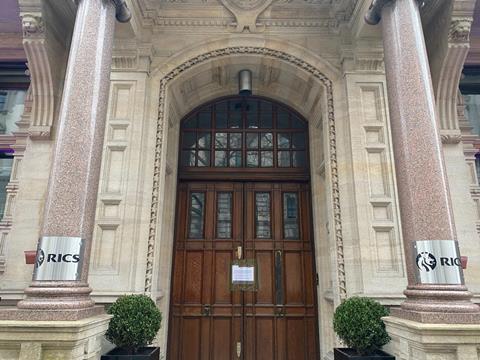 While the non-executives said the statement was an “important first step”, they have raised doubts over its sincerity as it has been published on the RICS’ website alongside statements of thanks to the senior executives who fired them.

In the resignation statement of former chief executive Sean Tompkins, acting governing council chair Nick Maclean thanked Tompkins for his “service and his support for chartered surveyors and their vital work in the natural and built environment over these years”.

Maclean also thanked former president Kathleen Fontana for her “commitment to the RICS over a long period of time and her passion for the promotion of the surveying profession”.

Tompkins and Fontana both resigned last month following the publication of Levitt’s inquiry into the sacking of the four non-executives.

Formal apologies to the four were made privately during a Zoom call on the day before the report’s publication nearly four weeks ago but made public for the first time last week.

In their response, the four said they were relieved the matter had reached a “welcome outcome”.

But they added that they had “endured a prolonged, difficult and stressful period” since the suppressed financial report first came to their attention in late 2018.

What the four non-execs said:

We are relieved this matter has finally reached a welcome outcome for us with the publication of RICS’s formal apology. We have endured a prolonged, difficult and stressful period since the issues within RICS first came to our attention in late 2018. Our focus - both then and now - was to discharge our responsibilities to the best of our abilities and to do the right thing for the Institution we had been appointed to serve.

The apology from the Interim Chair of Governing Council is an important first step. It is, however, difficult to accept it as a statement of genuine contrition from those responsible when the apology appears on RICS’s own website alongside the expressions of thanks from the Chair contained in the resignation statements of Sean Tomkins, Chris Brooke and Kathleen Fontana, each of whom left office following publication of Alison Levitt QC’s report.

We fully support the Institution’s commitment to consistently embed its recently published values - including those of integrity and transparency. As part of the process of re-establishing trust and confidence, these standards should be applied to all officers, members and external advisors in relation to past conduct, as well as in the future.

The report, which gave the RICS the lowest possible “no-assurance” rating for its treasury management function, was withheld from the institution’s governing council for seven months.

Levitt’s report found that Tompkins and former chief operating officer Violetta Parylo – who stepped down in June – had developed a “deep-seated resistance to challenge”.

She also concluded that Tompkins had become “used to operating with little effective scrutiny” and that his team “hid behind the governance structure when it was convenient, but circumvented it for much of the rest of the time”.

Management board chair Paul Marcuse and governing council chair Chris Brookes, a former president of the institution, also resigned following the publication of the report.

It is understood that the non-executives were shocked by the contents of the report and by the behaviour of the RICS executive team, who Levitt concluded had spent months trying to find a way to fire them.

They were dismissed in November 2019 after they refused to accept the findings of an internal review into the handling of the report carried out largely by law firm Fieldfisher.

This internal review had concluded that there had been no failure of the governance framework and the governing council had been “properly informed and updated” by Tompkins.

Levitt said that the conclusions of this review had in fact been “already decided before it had been commissioned”.

She added that the main objective of the review was that there should be “no threat to, or criticism of” Tompkins, Parylo, Marcuse and audit committee chair Amit Shah.