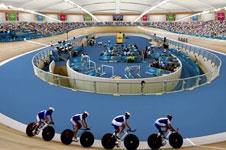 The Olympic Delivery Authority is to let up to 15,000 construction contracts during the building of the Olympic Park, according to construction director Howard Shiplee.

Speaking at a Business, Enterprise and Regulatory Reform select committee hearing into the construction industry, Shiplee gave the clearest indication yet of the scale of work available for the industry to bid for.

Shiplee said: “We’ll have over 500 primary contracts, but when you go down the supply chain there will be over 15,000 contracts, every one of which will be important to us.”

The ODA construction director signalled his commitment to operating without contractual retentions, saying that the Authority would take a “dim and proactive view” if this was not reflected down the supply chain.

However, Shiplee said the ODA would not be able to reinvent the construction process in the way BAA has attempted to do with its T5 Agreement.

He said: “We don’t have the time or the luxury to go back to school. We have to build on our experiences and learn quickly from best practice as we go along.”

Shipley’s comments came as the ODA launched a business ‘dating agency’ to help companies compete for work to prepare for the 2012 Games.