One in two unaware of energy performance certificates 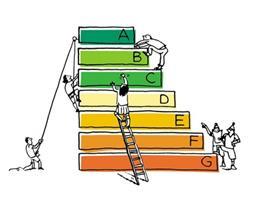 One in two people do not know what an Energy Performance Certificate is despite a legal requirement to have one when buying selling or renting a home, according to a new survey.

Energy Performance Certificates (EPC) were introduced under the last Labour government to provide home buyers and owners with information on the energy use of a property with the hope of stimulating development of the energy efficiency market.

But today’s survey of a representative sample of over 2,000 people, commisioned by solar firm the Green Home Company, found that one in two people don’t know what an EPC is - which represents around 22m people across the UK.

John Benner, managing director of The Green Home Company, said: “The fact that every other person in Britain is unaware of what an EPC is hugely worrying given it plays such an important part in telling us how energy efficient our homes are and therefore, acts as an indicator of where cost savings can be made.

The survey also found that people living in Scotland were the least likely to know what a EPC was while people in Wales and the South West were the most likely.