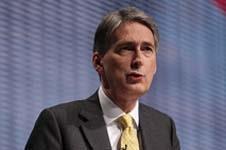 Further appointments due this morning

Hammond, a former director of property developer Castlemead, was one of the last big appointments last night. He will take on the role of Transport Secretary as the new Government enters its first Cabinet meeting this morning.

Hammond has been MP for Runnymede and Weybridge since 1997 and pre-election he served as shadow Chief Secretary to the Treasury.

Cameron is due to announce more appointments this morning.