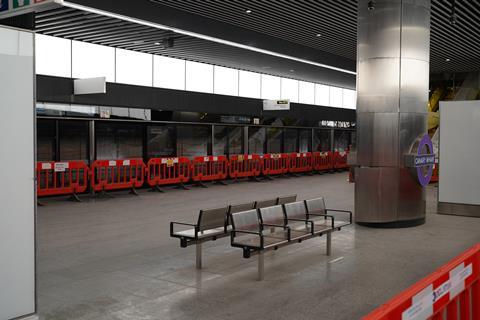 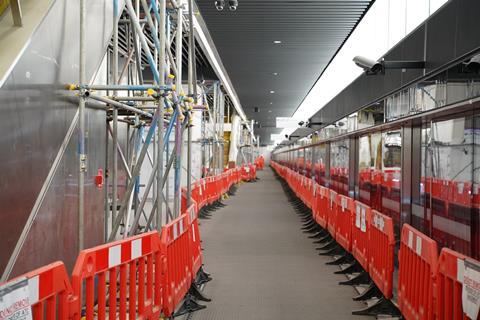 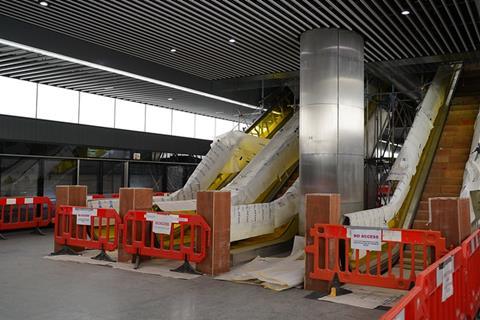 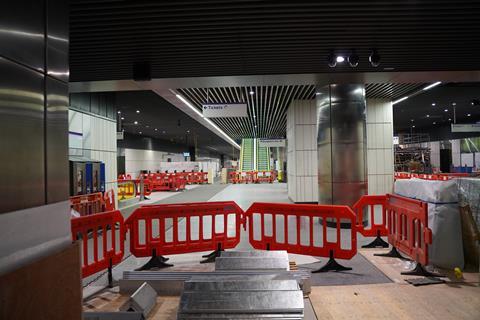 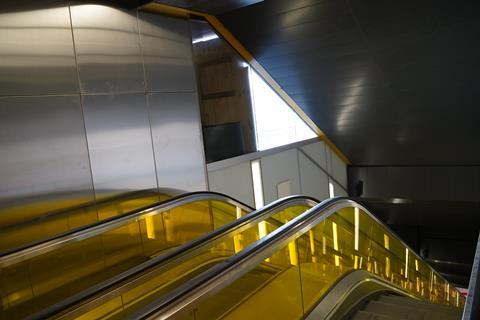 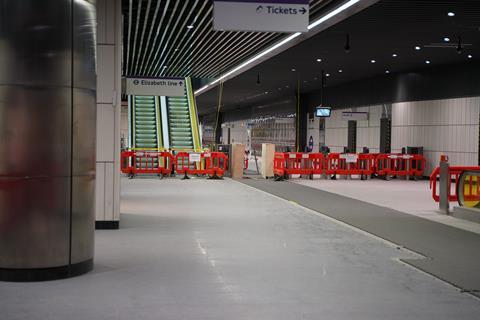 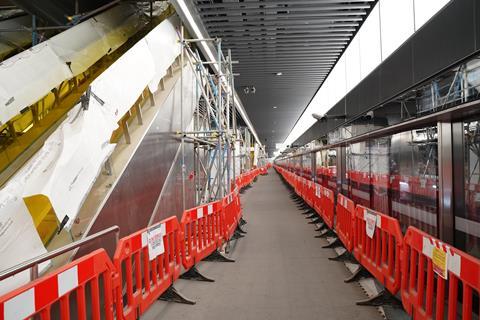 New images have revealed some of the work being carried out at the Crossrail station at the centre of a row between the project’s management and Canary Wharf.

Images published to the Crossrail website and taken earlier this month appear to show ongoing work on the station’s escalators, as well as construction being carried out on the new platforms.

Canary Wharf station, which was built and partially financed by Canary Wharf Group, was the first station handed over back in 2015.

Last month a dispute broke out between Canary Wharf Group and Crossrail after the railway’s chief executive told MPs on the Public Accounts Committee that the project was having to spend £80m to make the station safe.

Chief executive Mark Wild said Crossrail was having to shell out the sum to make sure the station met London Underground standards.

He said the work wouldn’t be finished until the autumn and appeared to suggest the workmanship carried out by Canary Wharf Group’s contracting arm was not up to scratch.

Wild said: “It’s fair to say the quality of the work we’ve found in Canary Wharf, completed by Canary Wharf Group, before my time actually, has had to have a wholesale retrofit, particularly in the safety systems.”

But Canary Wharf Group, which sank £150m into the scheme, said it “categorically dismiss[ed]” the comments.

A spokesperson added: “When practical completion was reached and accepted by Crossrail in September 2015, Crossrail complimented Canary Wharf Group on the quality of its workmanship and materials used.

“At no stage over the last four years has there been any communication to us of an additional £80m spend or dissatisfaction with the quality of workmanship. The comments made by Mark Wild are an attempt to pass blame for the delays on Crossrail.”

Canary Wharf said it had monthly meetings with and regular inspections from Crossrail to monitor progress on the station between the start of the contract and handover.