Building products firm Alumasc said pre-tax profit and revenue were down in the first half.

But it said the seasonal trading bias towards its second half meant the board’s expectations were unchanged. 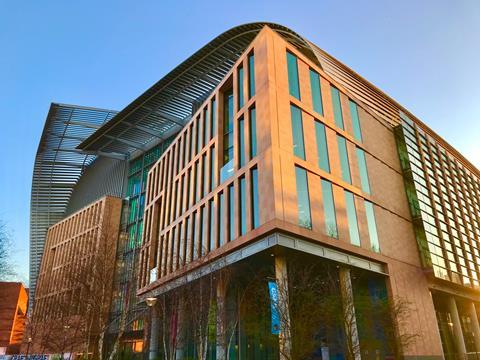 The firm, which has previously carried out work at the Laing O’Rourke-built Francis Crick Institute (pictured) in London’s King’s Cross, said the profit fall was down to the gain it made on the sale of its facades business for £4.5m to Northern Irish firm Kilwaughter Minerals in November 2018.

Alumasc said its order book for the first half was up £3m to £23.6m, adding that a restructuring initiative begun last year was expected to make £2m of savings in its full year to June.