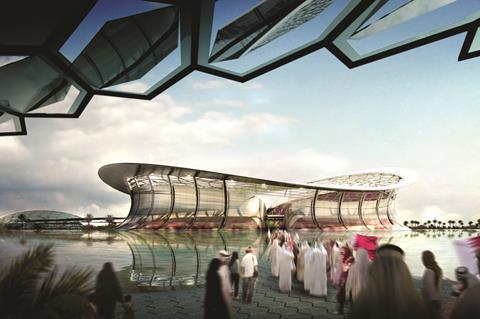 The organisers of the Qatar 2022 World Cup have scrapped the design competition for the flagship stadium that will host the final, a year after launching the process.

Building has learnt that the Qatar World Cup organisers scrapped the design competition for the 80,000-seat Lusail stadium in Doha last month, even though it is understood the scheme had attracted bids from several major international architecture consortiums.

The organisers have not named the firms involved in the competition.

Well-placed sources in Qatar told Building a “key reason” for the World Cup organisers’ decision was that none of the bids “[adequately] reflected Qatari design and culture” and consequently “didn’t hit the right note”.

“This is meant to be the iconic stadium and they’re not enamoured by the designs so far,” one source said.

Building understands that at this point the World Cup organisers have yet to finalise how they will re-tender the design role for Lusail stadium, but the source said the decision could put back plans for the stadium by “at least a year” with the prospect of a fresh design competition.

The source said the bidders were “not very happy”. He said:

“These were extremely costly bids, in terms of making several submissions, preparing bid documents and flying people out to Qatar.”

Bidders for the design competition had expected a winner to be announced as early as December, but the decision was put back repeatedly this year.

Foster + Partners was behind initial concept designs for Lusail stadium (pictured) as part of Qatar’s bid submission for the 2022 World Cup.

A senior official at Qatar World Cup organising body the 2022 Supreme Committee for Delivery and Legacy told local media last month that preparations to build venues and infrastructure for the tournament were on schedule.

A spokesperson for the Supreme Committee for Delivery and Legacy said: “We do not comment on on-going tender processes.”